Moderator – Dominik Owczarek (Institute of Public Affairs) – introduced the agenda of the workshop and key project objectives discussed during the session (How to apply the EU law on employee involvement in the face of transnational re-organization: cross-border conversions, mergers, divisions?). The following issues were presented: definition of board-level employee representation (BLER), classification of the EU countries in terms of BLER entitlements extend, Benefits of BLER, Role of BLER in counteracting critical situations in companies, literature.

There are no direct regulations on BLER in the country. However, the right to participation in company management is ensured in the Italian Constitution (art. 46). This general provision has not been yet transposed to country legislation.

There were attempts to introduce regulations establishing BLER mechanism in the country:

– 2012 r. Labour law reform (Fornero) – introduced entitlement to establish BLER mechanism in the legislation, but operational regulations had to be put in place within 12 months, which did not take place. (unsuccessful attempt to introduce BLER).

– 2016 r. Renzi reform – the reform introduced soft measures (tax reliefs) incentivizing companies to apply social dialogue and welfare solutions at company level, including BLER, as a voluntary measure. The workers’ rights to BLER were not a part of this legislation.

– tax reliefs to the companies that introduce BLER

There is no BLER in the private sector.

National law allows BLER in state-owned enterprises, e.g. Iberia (airline operator), state-owned transport company, but now, after privatization there is no BLER there anymore. BLER was introduced there not by legislation, but by collective agreements. However, this form of BLER is currently widely criticized for leading to negative relations with the world of politics.

There are general provisions in the Constitution and the Labour Code which ensure the possibility of employee participation in management, but there are no detailed executive acts.

In Spain, BLER is one of the most important demands of trade unions.

BLER however, rises also some criticism in the public debate. Employers argue that the company is not a space of democracy, so co-management should not take place in this sphere.

BLER in Denmark is quite well developed instrument as compared to the other partner countries and is well interconnected with the two-tier system of workers’ representation at company level. BLER might be established in companies with at least 35 workers (sustaining this level of employment for at least 2 years). Only 25% of the entitled companies have BLER. Why?

– registration and election procedure is multistage and complicated: inquiry to the board, establish election committees, Y/N vote affirming general support for BLER, if yes – set election date and call candidates, Election and entry

– workers do not express the need to establish BLER to often because there are other mechanisms that work well.

– BLER is often a formal role, informing shareholders that the company is inclusive.

– there is a rapid globalization of enterprises and, at the same time, the level of unionization decreases,

– employees in multinational companies do not know that they have the right to appoint BLER,

– sometimes BLERs are not adequately prepared to fulfill their management responsibilities

– BLERs are mostly unionists, so this is duplication of existing structures.

Poland is one of the countries with limited BLER entitlements. BLER is present (almost) exclusively in the public sector in two types of enterprises: state-owned enterprises (works council) and commercialized state-owned enterprises. The total number of these companies covered by these regulations does not exceed 200 nationwide. This mechanism is therefore limited to a small group of companies – State owned or State Treasury companies

Relations between the actors of board-level participation are rather complicated, dependent on personality and attitudes of particular actors, situation of the company, strength of TUs, political climate in the country.

There is no BLER in Romania, but employees have the right to be present during the companies board’s deliberations.

Neither the trade unions nor the workers wanted BLER. Unions were afraid that employers would not consult with trade unions, and employers did not want anyone to interfere with their business.

There is no BLER in Macedonia. Under Yugoslavia, it functioned until the 1990s, but in a completely different context. This solution did not work, it was ineffective.

It is necessary to develop the entire educational system, and to prepare employees for the role of BLER and for acting as union leaders. The economic account is not the most important element in management, social and environmental factors must be taken into account.

Unfortunately, there is a threat of politicizing the BLER – this was the case in Yugoslavia, an absolutist solution. The government chooses relationships to talk to and ignores others.

Social dialogue have to be develop step by step. Legal bases are needed to be a point of reference and transparency.

– In Poland, companies with BLER do not undergoes transnational restructuring (companies operating only in the country).

– In Italy, a merger in the automotive sector is an interesting case to be observed.

The key part of the workshop assumed discussion on recommendations on how improve BLER mechanism in the partner countries and on how to shape actions plans in order to reach the desired condition. The following recommendation were expressed by the partners:

In the second session of the workshop, the partners focused on defining action plan leading to reach desired shape of BLER. The following proposals were submitted: 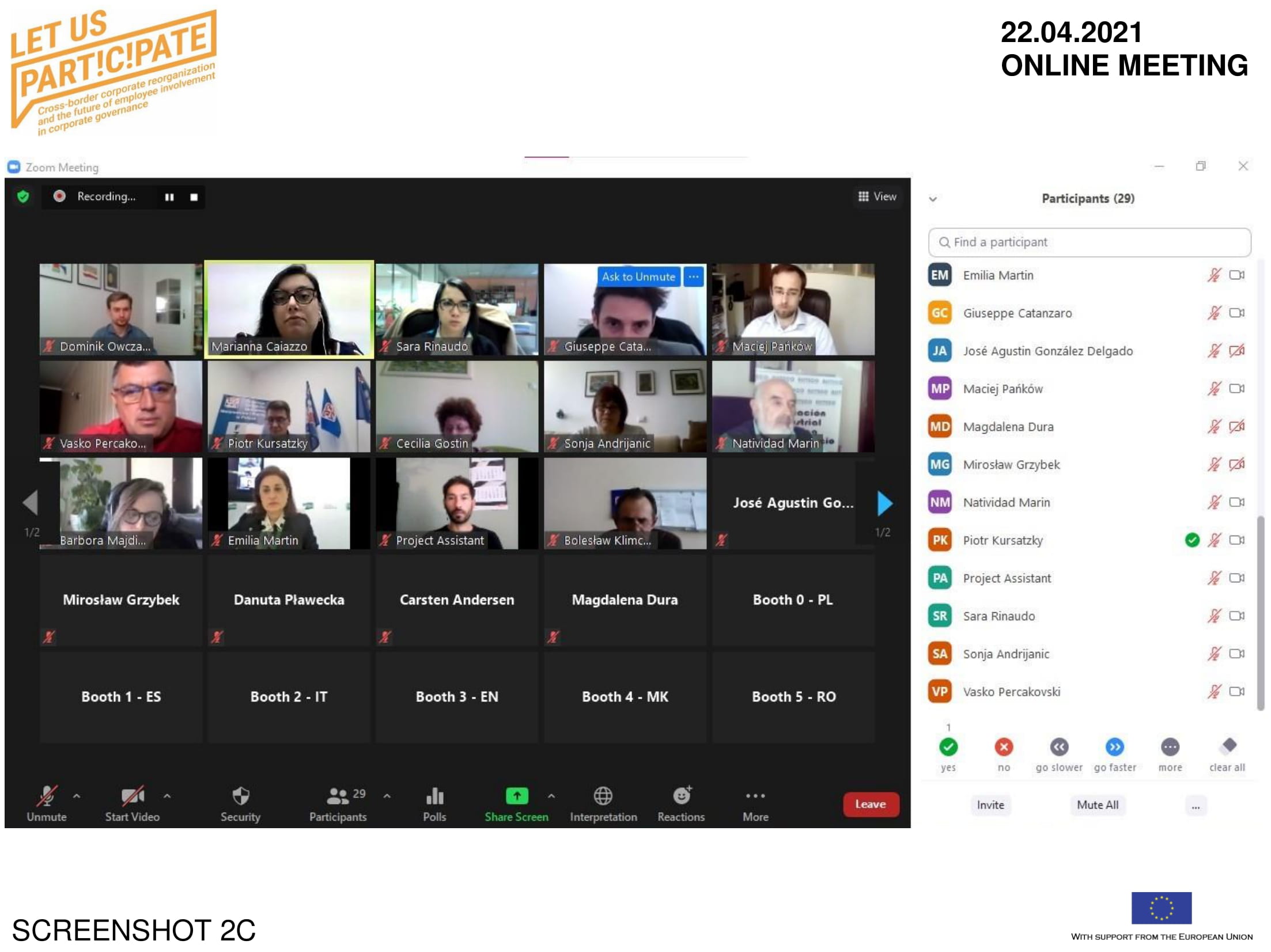 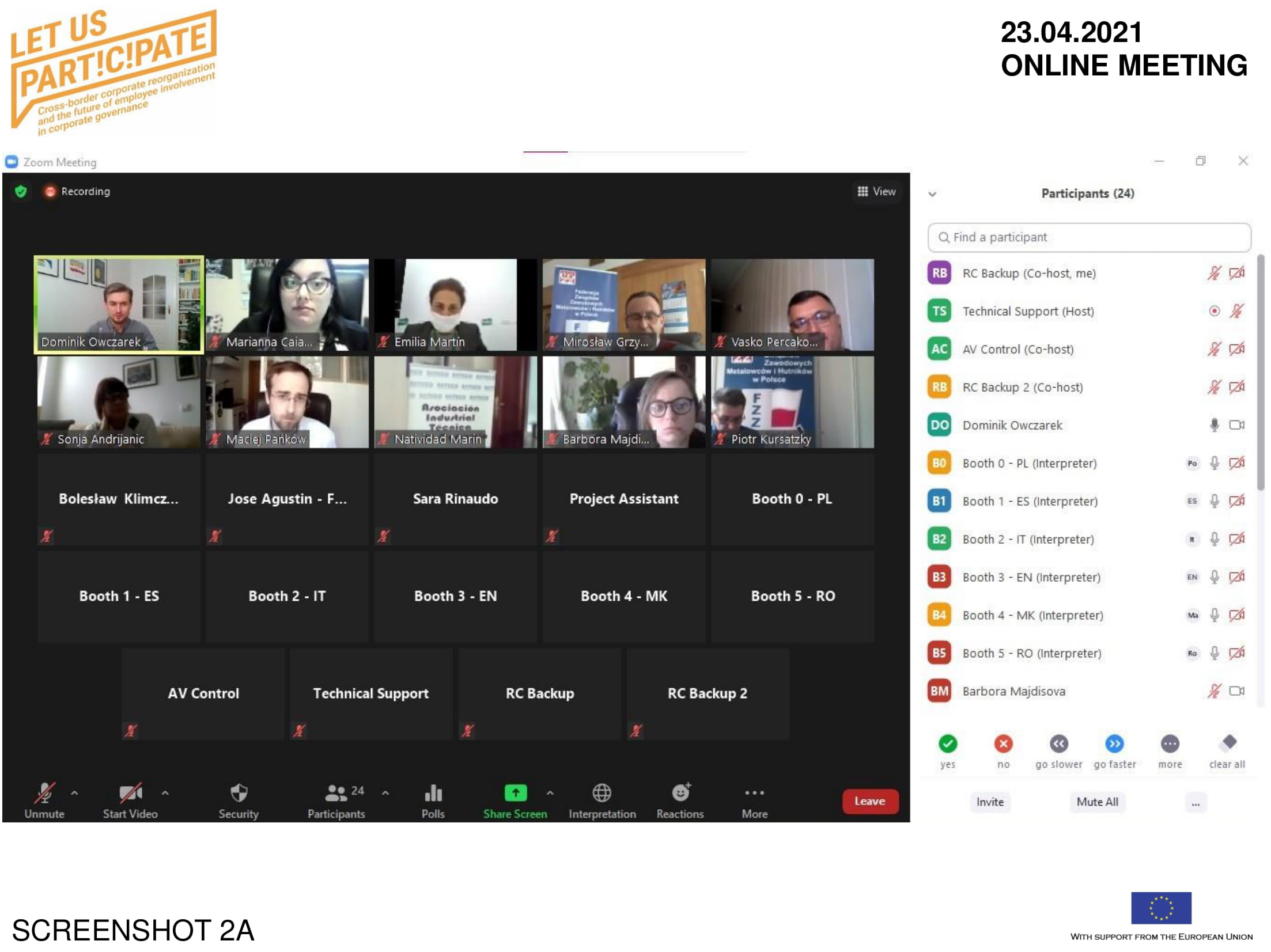 The information contained in this website is for general information purposes only. The information is provided by Confederazione Generale dei Sindacati Autonomi dei Lavoratori – CONFSAL (Italy) and while we endeavour to keep the information up to date and correct, we make no representations or warranties of any kind, express or implied, about the completeness, accuracy, reliability, suitability or availability with respect to the website or the information, products, services, or related graphics contained on the website for any purpose. Any reliance you place on such information is therefore strictly at your own risk.

With support from the European Union.

Sole responsibility lies with the author. The European Commission is not responsible for any use that may be made of the information contained herein.